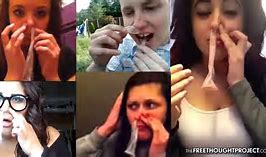 Fuck, where to begin here…

Being nearly 34 now (last month marked three years since I started this blog, by the way) and working with some real shitheads in a really fucked up part of Brooklyn, NY, I’m often bothered when I hear people say stupid shit like “Man, kids these days don’t know better”, “Kids these days don’t know what hard work is!”, “Kids these days are so dumb!”, blah blah blah.  Lets face it, EVERY fucking generation has said that about the generation succeeding them.  But in reality, I 100% blame the parents for the way I see some of these fuckfaces act.  I’d know – I’ve met parents who either have no clue how to control their own kids or they’ve no desire to because they still want to party like they did before that fateful night in which they got knocked up by that baby daddy who would disappear just days later.

Then, I hear about some shit as outlandish as THIS and I have to wonder if just maybe today’s youth really are that fucking stupid.

Yeah, you read that sub-title correctly.  Earlier this year, kids all over were eating Tide pods…I sadly had no real time to fully write about it, although I did make remarks regarding the situation on my Instagram and Facebook accounts.  So, I only found out about this shit yesterday, just as I was wondering it these idiots could somehow outdo themselves in the Retard Department.  Well, I guess they can, eh?  Just ask the retard in the picture above!

So according to CBS News, this actually started a few years ago for about five seconds and then was sadly just revived recently.  What is this “challenge” exactly?  You snort a whole condom up one nostril, inhaling it, and hoping it comes out of your mouth.  Has your ultra kinky wife/girlfriend ever tried anything this fucking stupid??  Exactly.  And teenagers are doing this.

As I write this now I’m reminded of Andrew Salvatore, an old friend I went to elementary and junior high school with.  I bumped into him at a Brendan Small (Metalocalypse) show at Starland Ballroom in 2009 after not seeing him for nearly five years.  He was now a paramedic in Tom’s River and he told me that the then-latest drug craze surely outdid any of his old “get high” attempts.  Kids were letting their own human waste ferment in the sun, wrapped in a balloon, and then inhale it inhale it in order to feel the effects of Jenkem, a hallucinogen created by the fermentation.  And what does this hallucinogen do exactly?  It allegedly allows these idiots to have “visions” unlike sniffing glue in which you hear voices.  I wonder if these “visions” are of random people who look just like me, telling them that they should go kill themselves?  Because that’s exactly what anyone INHALING THEIR OWN SHIT should do right now.  Yesterday.

Digressions aside though, there actually is a silver lining to this condom snorting shit, if you could believe that.  According to Dr. Robert Glatter in the earlier mention CBS report, “Even if you successfully complete the challenge and pull the condom out your mouth, the bottom line is that it’s incredibly irritating and a good chance it will wreak havoc on your sinuses, nasal passages, and upper airway”.  That’s right kids!  If you’re too stupid to remember that there are lubricants and chemicals in those rubbers you’re putting up your nose, you really do deserve every horrible burning sensation and all the damage that will be done your sinus cavities.  You also deserve nothing but the feelings of worthlessness for the rest of your lives. 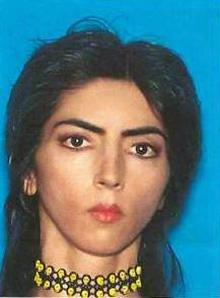 Before I go any further with this I want to make clear that what happened yesterday was nothing to laugh about, obviously.  This could’ve happened to anyone, anywhere, and it’s a miracle this piece of shit’s victims are still alive.

Now that I got that out of the way, let’s take a brief look at Nasim Aghdam, the Iranian “Vegan Bodybuilder” (she hardly looked the part to begin with!) who drove ten hours just to shoot up the YouTube offices in San Bruno, CA with 9mm handgun:

Speaking of hallucinogens….if you watched this video ALL THE WAY TO THE END, then I really want to know what you’re on and if I could get some.  There’s no way anyone in their right mind could take that one video alone seriously.  I can see that YouTube decided to remove this shit just on the basis that it just RETARDED.  In some of her now deleted rants, this self righteous vegan psycho said that “I am being discriminated and filtered on YouTube. My new videos hardly get views”.

Ok and so the fuck what?  I only started posting workout videos on YouTube two years ago and they hardly get ANY views.  Fuck that, in the twelve years since I started my account I’ve only amassed a staggering 159 subscribers.  I guess I should get my old 20 gauge out, drive cross country and start firing away, right?  Hey, maybe if you didn’t release just stupidity you would’ve never accused YouTube of ruining your life – or maybe you could’ve gotten a real job.  Then again…who’d hire a militant jackass like you anyway?

But I’m going to repeat a statement I made on my Facebook account about jackasses like this.  She was a vegan?  Just for that she should’ve killed herself a long time ago – and I would’ve been more than happy to help her get the job done while eat a nice, juicy, rack of ribs – or even a filet mignon.  Go fuck yourself, and if Hell really does exist I hope you fucking rot.  Let this be a message to all of you: if you want to shoot things because social media is ruining your life, just maybe you should look in the mirror you fucking losers.  You can either then see that YOU ARE THE PROBLEM AND NEED TO CHANGE NOW….or just go ahead and kill yourselves, remaining a laughing stock even in death, like this stupid bitch.

The CBS Report On The Condom Shit: